Kombucha is a fermented tea drink that has taken the health community by storm, and seems to be making its way into the mainstream. Using SCOBY (standing for ‘symbiotic culture of bacteria and yeast’), sweetened green or black tea is transformed into a strong acidic drink. Upon first taste, not everyone is a fan... Can be a little sour at times, as well as have a vinegar after taste. Each kombucha brand brews their product a little differently, as so no two kombucha tastes the same. There are several health benefits to this fermented drink. Kombucha is a good source of probiotics, which means it can have many benefits for the gut. It is often made from green tea, which can help improve cholesterol levels as well as help with weight loss. During the fermentation process, acetic acid is produced, which is a compound rich in vinegar. Acetic acid has the power to kill bacteria and so Kombucha can help you fight several diseases. These are some kombucha brands we have been trying out; there’s a bunch of delicious flavours and variety, so you’re bound to find a favourite.

When talking about kombucha becoming mainstream, we have to start with No. 1 Kombucha. No. This brand is super accessible as it is available at all Sainsbury’s. There are three flavours: Ginger & Turmeric, Raspberry, Pomegranate & Hibiscus, and Passion Fruit & Goji. All of them are deliciously fruity, and you will feel like you are drinking a nice soda rather than a fermented drink. Our favorite is the Pomegranate & Hibiscus. 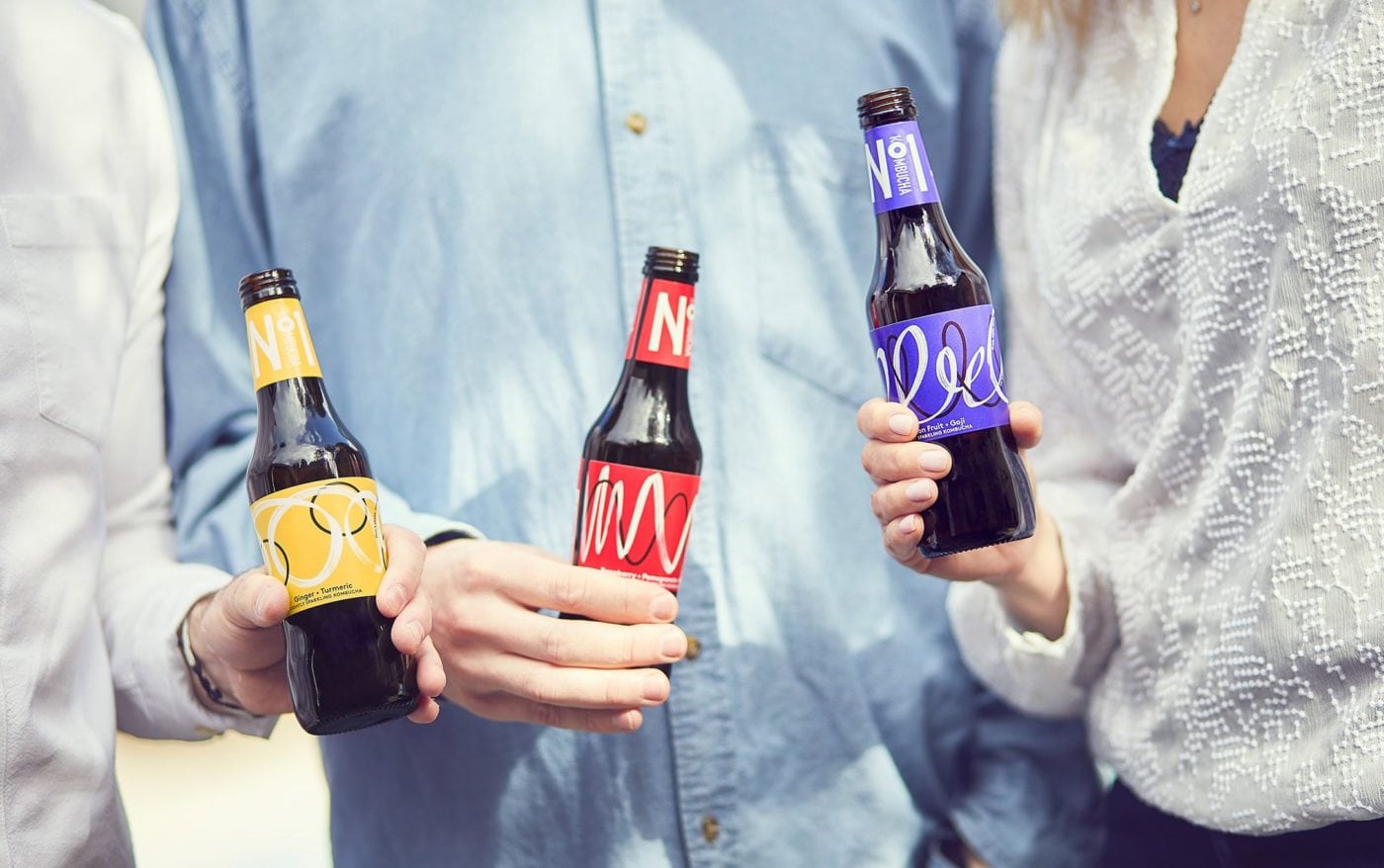 Local London brand JARR Kombucha is up next. This brand brews their kombucha right in the city; East London, to be exact. You can choose between the Original, Ginger, and Passion Fruit flavours. The Ginger flavour is nice and spicy, whereas the Original one has a nice malty taste. JARR is stocked in stores around London (check out their site for specifics); you’ll be able to identify it in the big brown glass bottle it comes in. If you want the full kombucha experience, you can also visit their kombucha tap room in Hackney Wick. 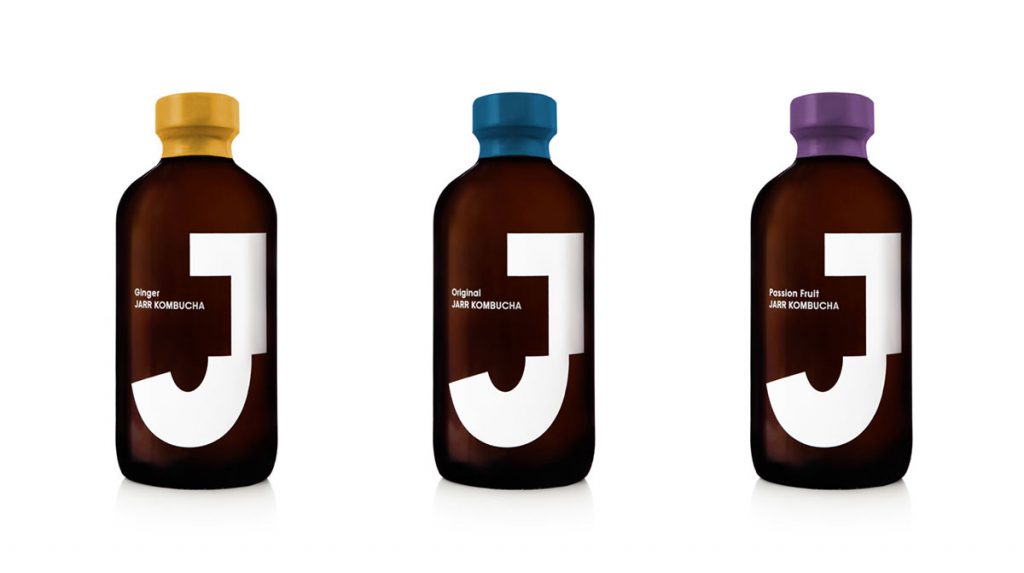 This Portuguese kombucha brand has been around for a while, so they know what they’re doing. Captain Kombucha is great because it has a huge range of flavours, including Original, California Raspberry, Coconut Summer Beach, Ginger & Lemon, Cayenne Pepper and Pineapple Peach Splash. All the flavours are strong, and this kombucha is nice and fizzy. Make sure to try the Cayenne Pepper, as it has a strong punch and it’s a flavour you won’t find elsewhere. All of Captain Kombucha’s drinks are bio-organic, and you can find them in Holland & Barrett stores around the UK, and online. 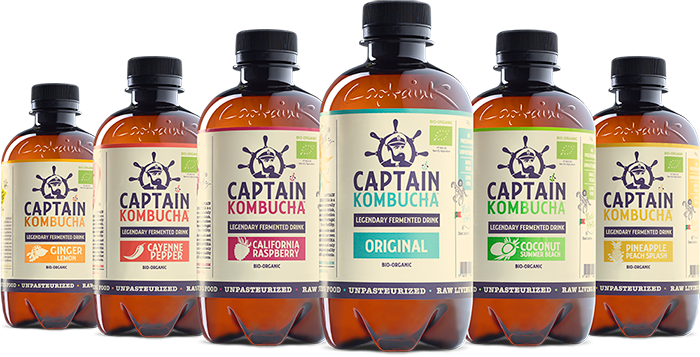 This Aussie brand has been serving amazing kombucha for years, but it has only just become available to us in the UK. At the moment, they are stocked in Planet Organic stores, as well as the Selfridges Oxford St Food Hall. If you don’t live near a Planet Organic, don’t fret, as you can order this kombucha online as well. Remedy Kombucha is naturally free from sugar and they have some delicious flavours available in the UK: Ginger Lemon, Raspberry Lemonade, Apple Crisp and Original. The Raspberry Lemonade flavour is particularly tasty, the perfect refreshing drink on a sunny day. 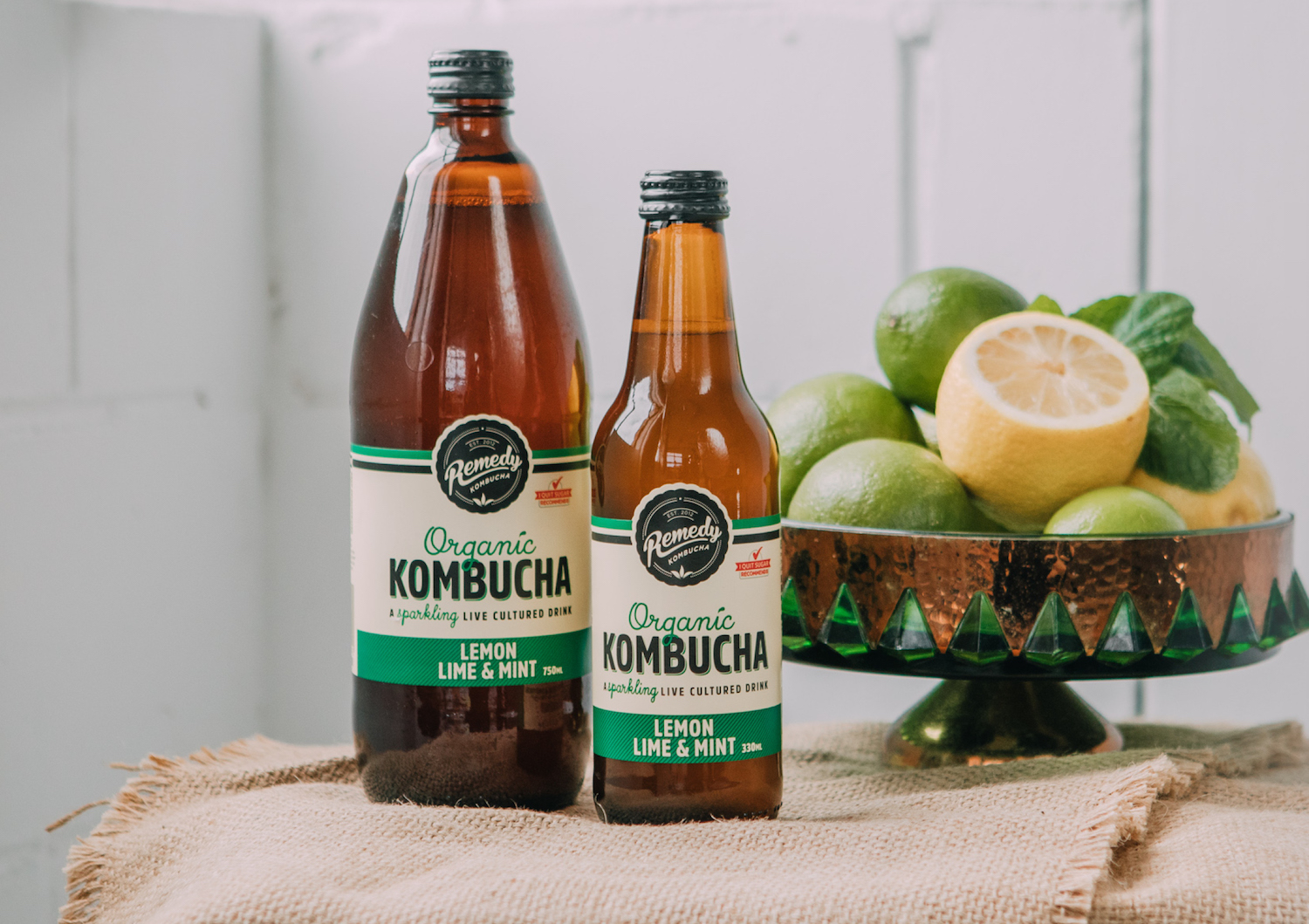 Last but definitely not the least, we have the British Equinox Kombucha, founded and brewed in Hebden Bridge, Yorkshire. Started by a group of friends, you can now find Equinox in Waitrose stores around the UK, as well as Whole Foods and local cafe’s and natural foods shops (full list of stockist can be found on their website). Their kombucha is not too sweet, and instead focuses on best-tasting British fruits such as Raspberry & Elderflower and Wild Berry.

As you can see, there are plenty of epic kombucha brands to try out. So let’s raise a glass and start drinking! Written by Eline Jeanne Sign up with our newsletter and make sure you get the latest updates on all reviews and chronicles.